Alan Bolds is Director of eCRM Applications for the Alzheimer's Association. He and his team support users of Luminate Online and Blackbaud Merchant Services, including MobilePay and BBMS Fraud Management. Alan is an Authorized Luminate Online Administrator with eleven years of experience with LO, and more than 20 years experience in non-profit fundraising and technology. He and his colleagues at the Alzheimer's Association worked with Blackbaud to integrate MobilePay with Luminate donation forms. His community involvement includes serving on three units of local government over 17 years. He serves currently as president of the Wheaton Mosquito Abatement District. Under his leadership the District sponsored a study by the University of Illinois which led to the implementation of a data model that predicts the Mosquito Infection Rate for West Nile virus. The model gives advance notice to government agencies to abate mosquitoes before the rate of infection increases. Alan and his wife, Cynthia Bolds, live in Wheaton, Illinois. Their family includes three children, one daughter-in-law and a rescue dog. 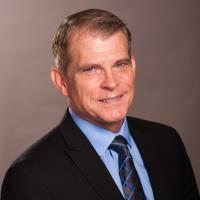