Assistant to the President for Advancement

Suzanne Harbin began her career in the community college system in 1991 as a tutor with a federally funded program at Wallace State Community College in Alabama. She went on to serve as an advisor, and director of that project, and other state and federally funded projects. In 2002, she was appointed to the position of Director of Development and has grown resource development at the college, securing over $60 million dollars in local, state and federally funding. In 2005, she was asked to oversee the newly formed foundation for Wallace State. She currently serves as Assistant to the President for Advancement and oversees all of the external funding for the college, including the Alumni Association and the WSCC Future Foundation. During this time she has led her team through the creation of an alumni database, a transition from spreadsheets and QuickBooks, and a departure from paper scholarship applications to a comprehensive approach to donor outreach and stewardship using Blackbaud products. 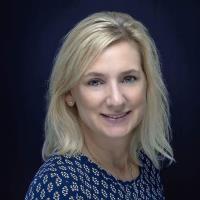